It’s fair to say that any movie with the word “Perfect” in the title implies that the noun it’s about to describe is anything but. A PERFECT MURDER? Not perfect! A PERFECT STORM? Decidedly less than ideal! Made-for-TV staples THE PERFECT MOTHER, PERFECT FAMILY, THE PERFECT HUSBAND or THE PERFECT DAUGHTER? Ironically filled with imperfections! PERFECT MURDER, PERFECT TOWN?  Double lies!  The only title that really works correctly is the John Travolta/Jamie Lee Curtis classic PERFECT, as it is, indeed, the most perfect film ever conceived. 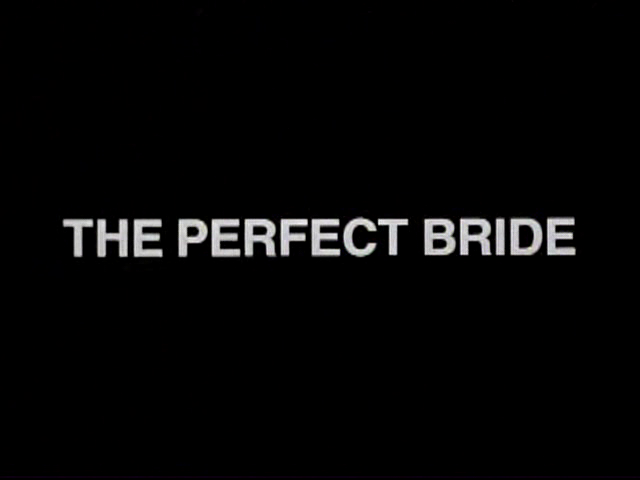 The 1991 USA World Premiere Movie THE PERFECT BRIDE follows the rule of imperfection in PERFECT cinema. The young bride of the title is beautiful and nice and apparently sweet – though the fact that she’s a serial killer that has murdered several would-be husbands just before their wedding day puts a bit of a damper on her more admirable qualities. Setting the stage for 1993’s THE SUBSTITUTE, the alluring sexy psycho in question is played by a British actress primarily known for Ken Russell’s THE RAINBOW and LAIR OF THE WHITE WORM, though this time it’s blonde Sammi Davis rather than brunette Amanda Donohoe. It doesn’t matter, as both deliver the crazy in spades, and that’s what a made-for-TV psychothriller is all about.

Just a few months after the opening scene of THE PERFECT BRIDE in which Stephanie (Davis) offs her would-be beau in a fit of rage when she finds out he had the nerve to speak to his ex-girlfriend, we see her engaged again, this time to Ted (Linden Ashby), a nice guy she met while working as a nurse. Despite the fact that their courtship could be measured in hours without too much effort, Ted’s family is thrilled about adding the chilly Brit to their family, and immediately begins preparing a big wedding. The only hold-out is Laura (Kelly Preston), Ted’s sister, who sees Stephanie turning suspiciously angry at seemingly innocuous encounters and believes she may be hiding something in her minimal past. 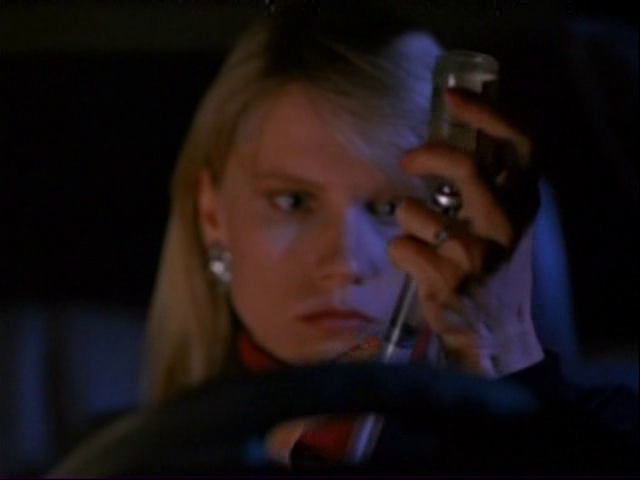 The problem, of course, is that Laura has a bit of a Cassandra Complex, and she’s been a bit of an awkward basket case since the biking-related death of Ted and Laura’s sister, for which Laura feels partially responsible. It probably doesn’t help that her entire family is so oblivious to any sort of emotional response that Laura’s mom excitedly tells her “You’ll have a sister again!” after hearing about the engagement, which ISN’T THE LEAST BIT CREEPY. “Hey, you know that sister you saw die? Well, we’re replacing her with a scary British lady and it’s fine and love and FAMILY FAMILY FAMILY!”

The rest of the family is so out of it that it makes sense that Gramps (John Agar!), the oldest member of the clan, wanders around in a state of dementia, confused by everything and accidentally giving out pertinent information to characters in order to forward the plot. He is, by default and by being John Agar, the only member of the family with any sense at all. 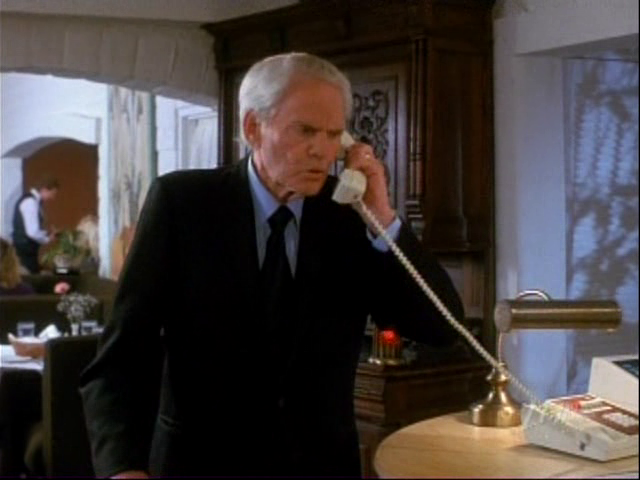 So poor Laura, who wanders around the film like an adult version of Allison in THE BREAKFAST CLUB, is all alone in her suspicions of Stephanie, who looks as though she’s about to eat the camera whole at every opportunity. And there are plenty of opportunities, as THE PERFECT BRIDE does the made-for-TV stalker flick proud by filling the film with a roster of potential potholes on the road to Stephanie’s wedded bliss for her to fill with a syringe full of stuff that causes heart attacks. 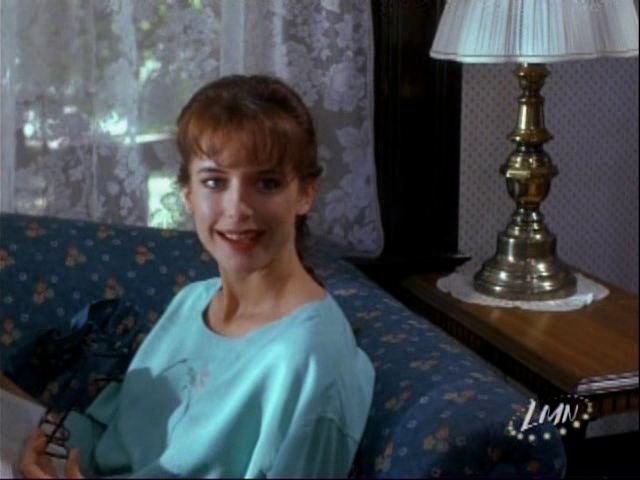 Terrence OHara’s workmanlike direction doesn’t really lend a lot of style to the proceedings, but it doesn’t really matter, as the screenplay by Claire and Monte Montgomery keep things moving along briskly, and Davis essentially consumes every moment with glee. Sure, leading man Ashby is so bland that you may believe he’s using the film as an audition piece to play unbuttered toast, but Kelly Preston makes for an interesting, if not particularly effective, heroine, and the rest of the supporting cast is entertaining in their obliviousness, so it hardly makes a difference that the husband, normally the focal point of such a plot, is basically a nonentity.

No, THE PERFECT BRIDE is exactly the sort of quickly-paced semi-lurid fluff at which The USA World Premiere Movie excels. It’s quick, it’s trashy, and it’s the sort of mindless entertainment that makes made-for-television thrillers such enjoyable comfort food, even if it’s not PERFECT.