Every time I watch a found-footage/point-of-view style film I scream, (not literally… just in my head, because I’m crazy) that this will absolutely be the last of this kind of horror film I will ever watch! Then, of course, there is the exception to the rule. THEY’RE WATCHING is that exception to the rule! When a movie comes along that boasts that it’s been made by the writers of a video game, CALL OF DUTY: BLACK OPS II (Micah Wright) and an animated children’s television show, SPONGEBOB SQUAREPANTS (Jay Lender), it’s gotta pique your interest. It did mine, and THEY’RE WATCHING is nothing less than gory comedic gold! 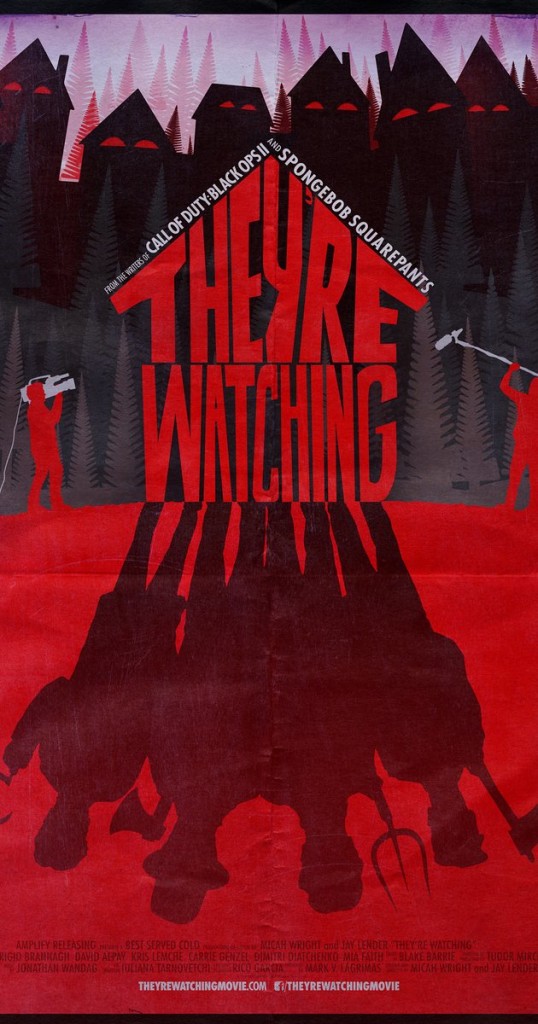 A sign of any good movie is being able to grab the viewer’s attention immediately. I’m sick of the point-of-view gimmick, but an axe to the head… I’m on board, and in a big way! The concept of the film crew and the footage for the movie being part of a reality show is not exactly original, but it is certainly topical. For any travel channel or home improvement television show junkie, THEY’RE WATCHING will certainly strike a chord. It’s very realistic, and the opening sticks to this format very well.  The mismatched couple of douchebag professional soccer player Goran Potsnik (Cristian Balint) and completely naive American hippy-dippy artist Becky Westlake (Brigid Brannagh) bring a comedic overtone to THEY’RE WATCHING right from the beginning. 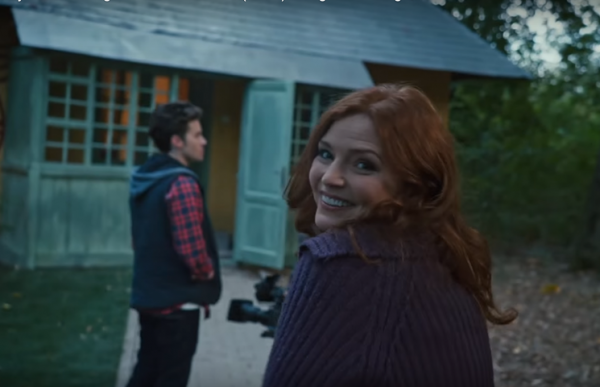 I’m really having a hard time getting over the found footage, but I must press on. I really want to see where this is going. Of course the television crew are a bunch of American tourist stereotypes. They aren’t that horrible, just horror tropes I’m getting bored with, the type of cretins you’d see in HOSTEL, but not as shitty. Sarah Elroy (Mia Faith) is the good girl who just graduated film school, Alex Torini (Kris Lemche) is the jerky dickwad that I just want to see die, Greg Abernathy (David Alpay) is the cameraman with a heart of gold, and Kate Banks (Carrie Genzel) is the queen bitch in charge of shit that really needs to get violently dispatched A.S.A.P! 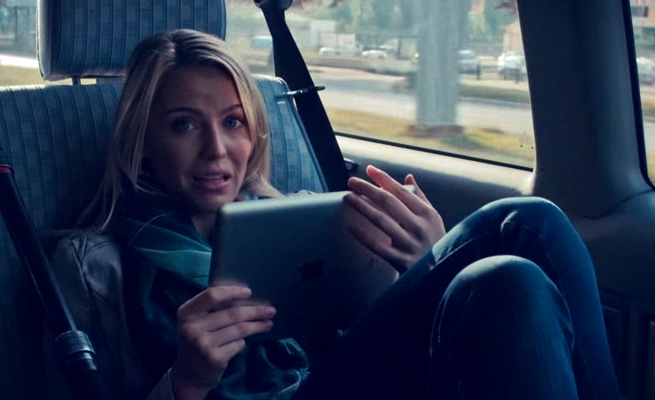 The rural religious scenes are creepy, reminiscent of THE WICKER MAN. It’s really interesting that after 6 months, the couple that are subject of the home improvement show, Goran and Becky, have made their house so beautiful! Also, it’s strange that Goran is nowhere to be found. The real estate agent, Vladimir Filat (Dimitri Diatchenko) is so sleazy, seems like he walked right out of A SERBIAN FILM. The cliches just keep coming. When the creepy old woman tells you to get out of town, fucking get out of town! 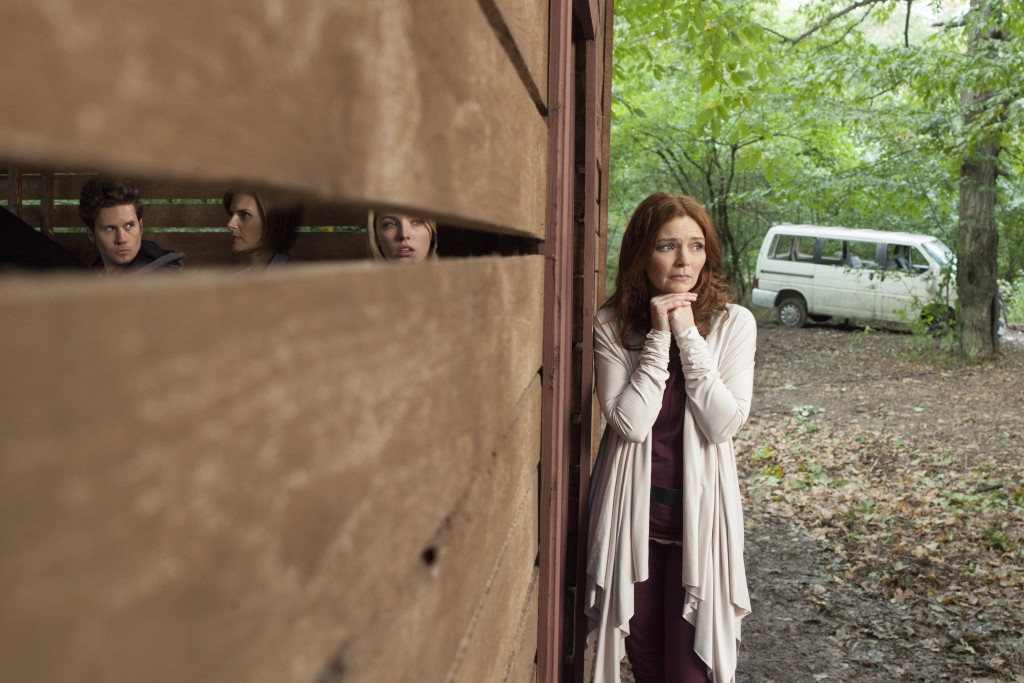 I dig that the bar/restaurant that the towns folk congregate at, “The Burning Stake”, makes me think of “The Slaughtered Lamb” from AN AMERICAN WEREWOLF IN LONDON. The locals here are off their collective rocker, and it’s great, very intense. Just like in real life, they can be won over with alcohol. Hijinks ensue, and all is right with the world. Well, almost. That is until Sarah, for some odd reason, belts out the word “witch.” 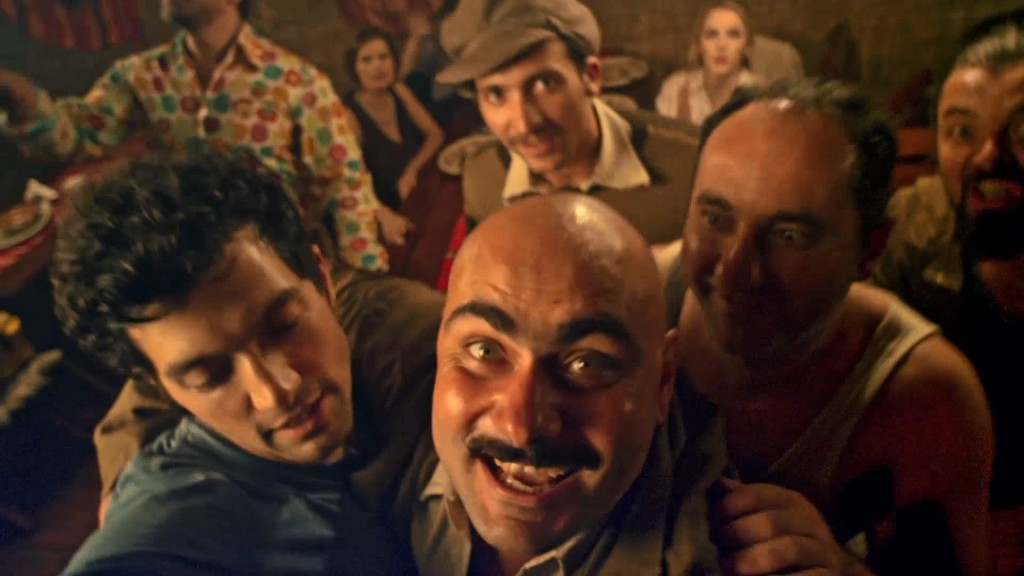 Things take a turn for the worse, so it’s back to the house. Soon enough the Americans are secluded and surrounded, and the new trite mechanism in every horror movie is an enacted, nobody can get a goddamn signal on their cell phone. Ugh! It’s almost like the filmmakers aren’t trying at all. 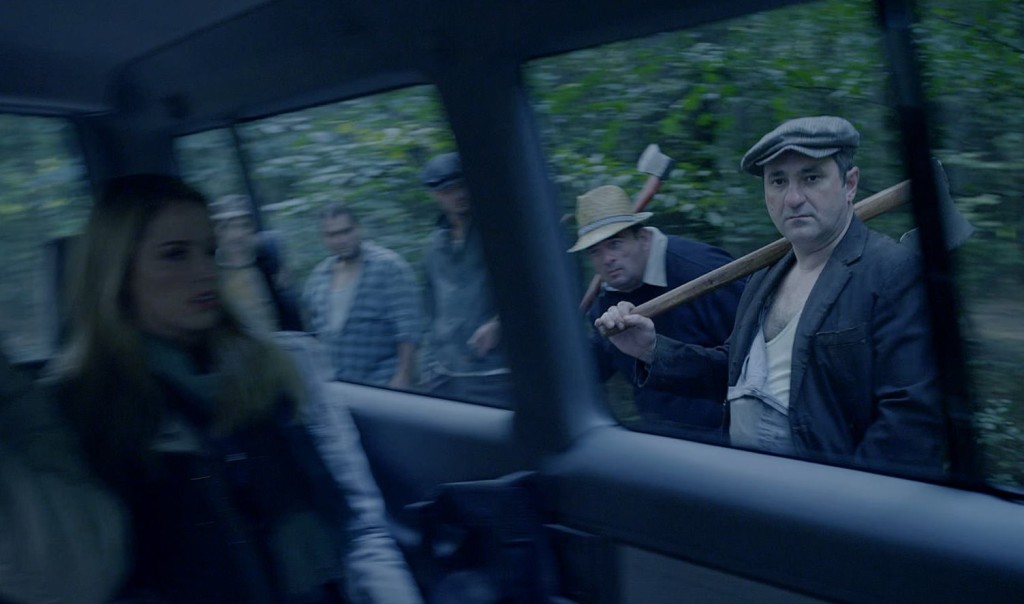 A little over an hour into THEY’RE WATCHING, and things start to get scary. The house is boarded up tight, NIGHT OF THE LIVING DEAD style, and secrets begin to unravel. I begin to wonder if I’m the only one noticing the frog theme going on throughout the film. These people are so stupid! Why in the hell would you try to escape at night!?!? 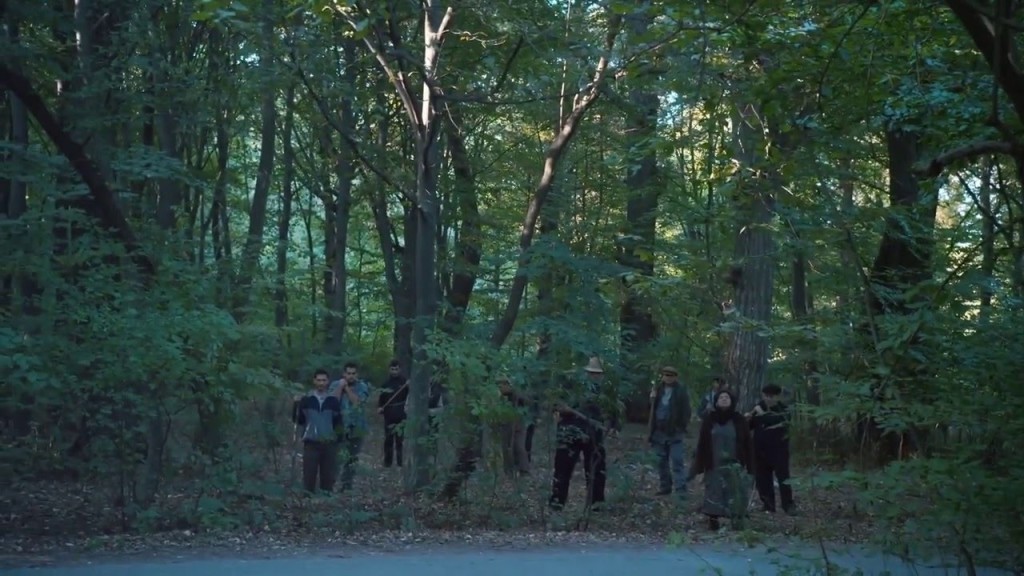 Without ruining everything, all I’m going to say is that the climax of THEY’RE WATCHING is totally worth the slow build-up, the found-footage style filmmaking, and the endless cliches. The gore factor reaches critical mass here. If you dig the party scene in the beginning of HELLRAISER III: HELL ON EARTH, then you’ll be into this big-time! 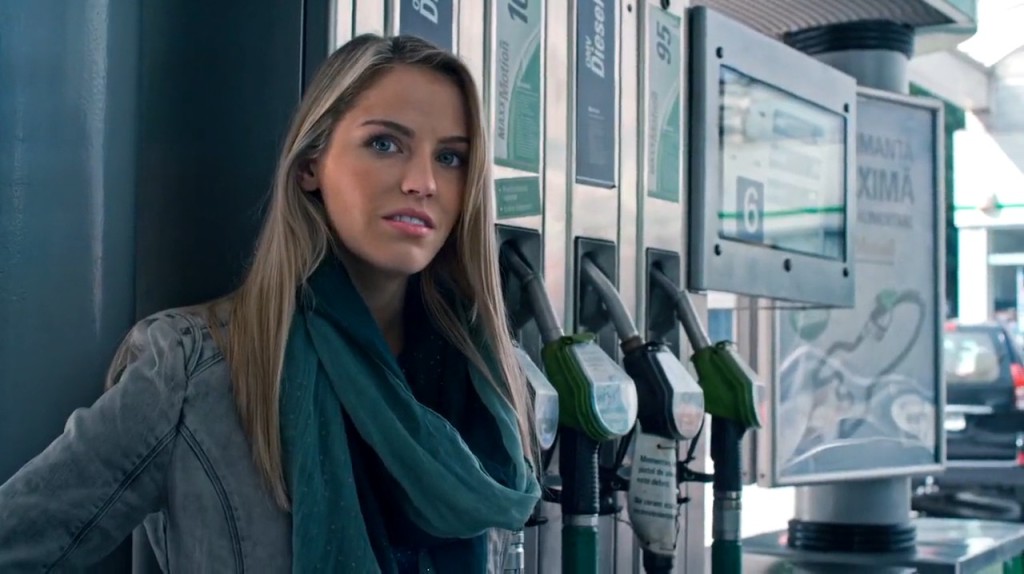 I don’t know what I expected going into THEY’RE WATCHING, but I went from liking it, to hating it, to frigging loving it. It’s the cheese from the 1980s and 1990s that made witchy Full Moon Pictures great and the WARLOCK franchise so amazing!  This is one for those who are patient,  with a sense of humor, and that can get into the gory shit! RECOMMENDED!