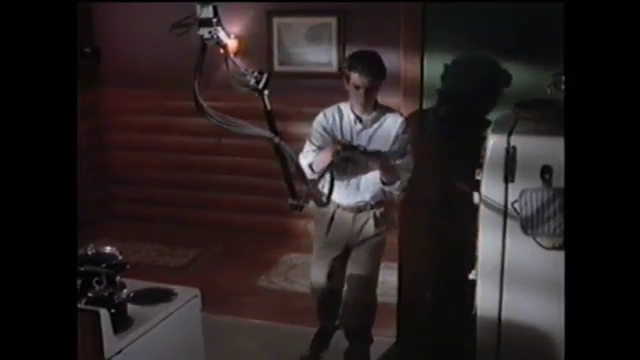 HOMEWRECKER seems like an appropriate film to conclude our year-long look at the USA World Premiere Movie, because, well, it may or may not have premiered on the network. HOMEWRECKER, a tale of a computer gone wrong, was made by USA but ended up being promoted as the first feature made for the then-months-old Sci-Fi Channel, USA’s newly-created outlet for their backlog of “Starman” and “The Powers of Matthew Star” episodes. Strangely enough, HOMEWRECKER’s Sci-Fi Channel “premiere” on Saturday, December 19, 1992, wasn’t even that – the film actually turned up first on the traditional USA Network three days prior in a 3 A.M. time slot! Even stranger is the fact that earlier in the evening, the USA Network had actually premiered their latest “World Premiere Movie” – the Rutger Hauer thriller PAST MIDNIGHT – putting HOMEWRECKER into a strange limbo of premiere dates, in which its promoted premiere wasn’t, and it’s actual premiere was hidden away in the wee hours of the night on a channel that tossed it to another network!

I’d love for someone at the USA Network to weigh in on this one. Or, for that matter, the Sci-Fi Channel, the network that’s been taunting HOMEWRECKER as their first original movie as part of a web of lies more torrid than anything they’ve come up with since. 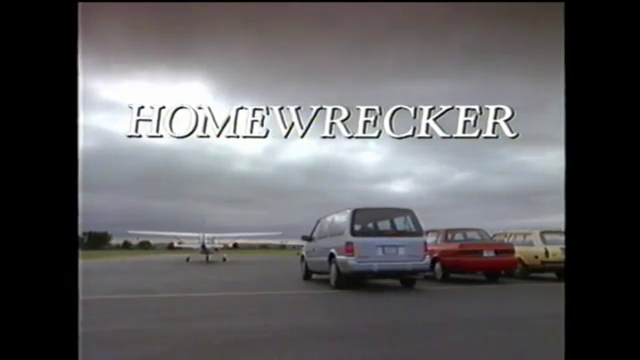 It’s not that HOMEWRECKER wouldn’t be intriguing enough on its own. Robbie Benson, fresh off of his career resurgence as the voice of Beast in BEAUTY AND THE BEAST, plays David Whitson, a computer mastermind whose latest project is Star Shield, a government-funded defense machine that allows the film to begin by ripping off WARGAMES. Everything goes according to plan, with computer monitors flashing all sorts of exciting colors, until a civilian plane enters the airspace being guarded and Star Shield takes it down, much to the chagrin of the government officials and David himself. 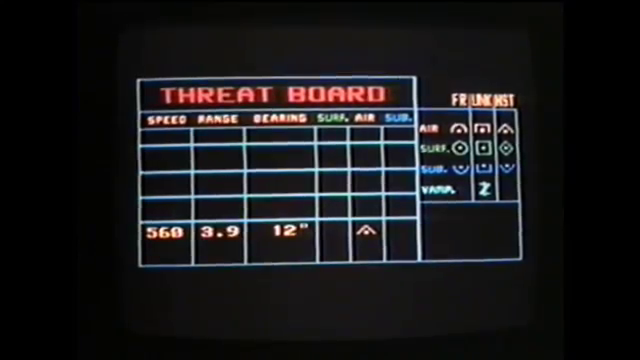 The problem is that David can’t leave well enough alone, and he’s soon reprogramming Star Shield in order to figure out his mistakes, as he feels that the issue was that the insanely reactive death machine he created lacked a sense of humor. Giving the machine the voice of Kate Jackson and rechristening it “Lucy” after, presumably, Lucy Arnaz, David begins trying to fix his errors by teaching the device how to tell jokes and hooking it up to his house, because this is what a crazy technical person in a made-for-TV movie does. He also asks Lucy to call him “David” rather than “DW1,” because he no longer wants to feel like an “In Living Color” DJ.

Changing the vocal range seems to do the trick, and Lucy begins to laugh, understand his needs and slowly fall in love with David, treasuring the fact that he reads to “her” in an effort to instill the machine with knowledge. (As much as I love Kate Jackson, the original Star Shield voice, done by an uncredited actor that sounds like Optimus Prime’s Peter Cullen, would have made for a much more entertaining dichotomy.) Much of the middle of the film is spent with David, alone in his abode, talking to a computer voice that keeps an eye on him with an ominous red light. I’d say it’s 2001-like, except that’s it’s not just 2001-like – it’s 2001, but with a girl voice and in a cabin in the woods. The fact that the lead character is named “David” is clearly no accident. 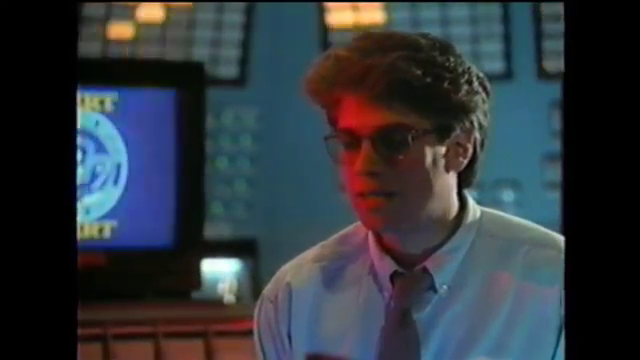 David, being a complete idiot when it comes to understanding the thoughts, emotions or actions of anyone besides himself, fails to notice Lucy’s increasing DEMON SEEDy lust, despite the fact that she taps into the Defense Department computer to blow up a plane and calls him at 3 in the morning just to talk. No, even after Lucy installs mechanical arms in every room, David’s still pretty oblivious, and it’s only when his young daughter is in danger that he actually takes some sort of action.

Now, many online reviews mention that HOMEWRECKER is a dumb movie. And it is! Upon the slightest bit of thought, HOMEWRECKER falls apart completely, straight from the premise. Why does David think reprogramming a faulty missile defense system is a good idea? Why does he make it “female?” Why does giving it a female voice cause it to have emotions? Why does he start out trying to teach humor by using a “chicken crossing the road” joke, an example of absurdist anti-humor that doesn’t work at all if you don’t understand what humor even is? Why does his wife even put up with his crap, as he’s an absent father, is completely impervious to her wants and needs, basically ignores their daughter, and puts his shoes on the couch? 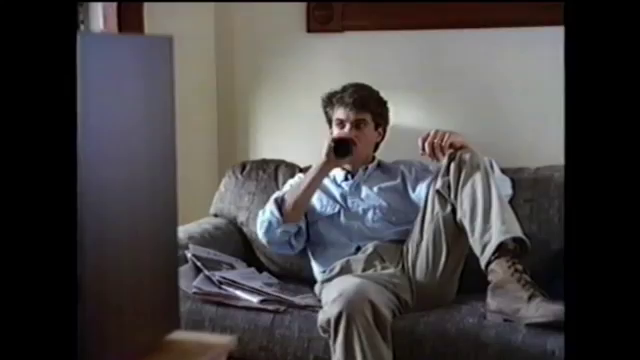 These are not questions to ask of HOMEWRECKER, as they’re clearly not things that writer Eric Harlacher (who also wrote the USA film BODY LANGUAGE) and director Fred Walton (the ‘80s horror classics APRIL FOOL’S DAY and WHEN A STRANGER CALLS, and a TV-movie regular having helmed the remake of I SAW WHAT YOU DID, the tele-sequels WHEN A STRANGER CALLS BACK and THE STEPFORD HUSBANDS, the tele-remake I SAW WHAT YOU DID and the USA films TRAPPED and DEAD AIR among others) particularly care about. HOMEWRECKER isn’t about characters, or the dangers of placing emotion in science, or exploring hard sci-fi.

It’s a story about a killer computer that plots vengeance while the spider music from the “Centipede” arcade game places. It’s a movie in which the line “Given the current data, there can be no other motive for the chicken” makes perfect sense. It’s an opportunity for Robby Benson to react affably to completely insane situations. And while plenty of IMDb reviews comment on how inane HOMEWRECKER is, none of them mention that it’s dull. Walton and Harlacher seem to understand that the premise is inanely ridiculous, and by playing the concept with a completely straight face, HOMEWRECKER is strangely entertaining. 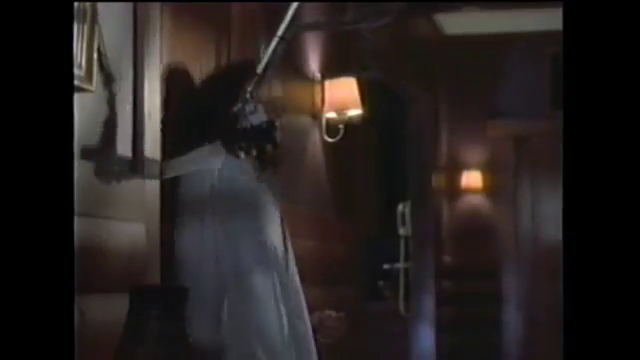 “We’re reinventing the B movie,” said Tom Piskora, the head of production for the USA World Premiere Movie in a 1992 article on low-budget filmmaking that paired the network’s output with the likes of Corman and Troma that’s certainly not a bad comparison. At their best, the USA World Premiere Movie took goofy concepts and, by playing them straight, managed to make some of the most entertaining made-for-TV movie fodder that not only holds up well today (as evidenced by their frequent appearances on the Lifetime Movie Network) but stand proudly alongside the more famous genre boob tube offerings of the ‘70s.

We’ve explored 54 USA World Premiere Movies here on Daily Grindhouse and at Made for TV Mayhem, but rest assured, there are plenty more to seek out and embrace. Often dismissed because they were made for television and frequently attributed to the wrong network (I’m looking at you, Lifetime!), the USA World Premiere Movies was a decade-long home for genre filmmakers, underrated actors and cinematic oddities that certainly deserves more credit than it has received so far – heck, even the Wikipedia entry on the group barely scratches the surface of the channel’s eclectic, uniquely-voiced output.

Looks like I’ll have to do some Wiki editing in 2015. Have a great new year!