I don’t know how many years now I’ve put together these lists, but I always feel the need to establish a couple of ground rules. Despite what the banner above says, one rule is that I never call this a “best of” list. I never see everything released in a given year–it’s an impossibility–so it feels disingenuous of me to claim the films listed below are absolutely the best movies of the year. They are simply my favorite movies I viewed that were released last year. The other rule is that I only pick movies that were released to the general viewing public for the first time last year. Some of these were films I saw in 2018 at film festivals, but only made it to theaters or streaming services in 2019. With those caveats out of the way, let’s just dive right in. The first film is a little one you may not have heard of… 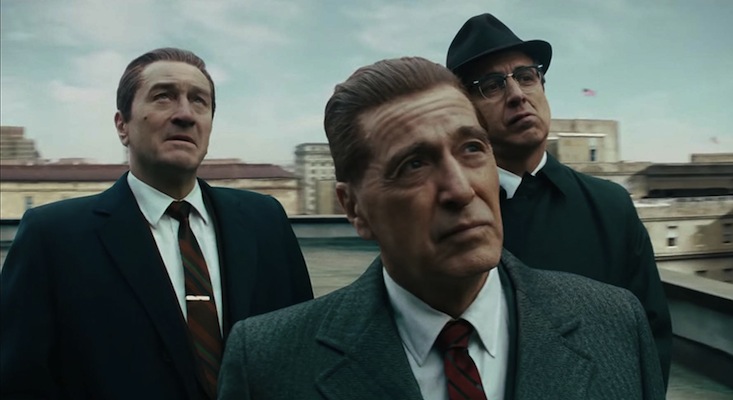 Far from the adrenaline rush of Martin Scorsese’s other rise and fall of a gangster films, THE IRISHMAN may move slowly, but it is never less than gripping and brutally unflinching in its look at how moral rot creeps into everything that Frank Sheeran (Robert De Niro) touches, leaving him in the end with no choice but to stare into the abyss all alone. Scorsese’s final word on the gangster film is the disquieting idea that for these men, maybe the worst punishment is to live a long life rather than taking a bullet to the back of the head. 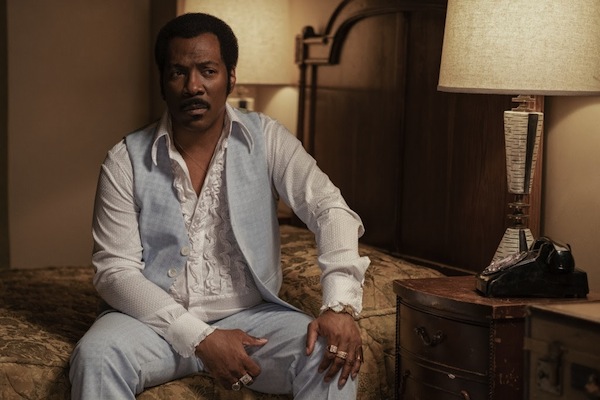 DOLEMITE IS MY NAME

Of course it pulls the usual biopic problem of streamlining a complicated life and sanding down some of its subject’s rougher edges, but DOLEMITE IS MY NAME has the redeeming factor of bringing Rudy Ray Moore to mainstream recognition in most of his foul-mouthed glory. Smartly, director Craig Brewer avoids putting Eddie Murphy under heavy makeup, instead letting his star’s natural charisma capture the spirit of Moore’s genial yet filthy sense of humor and desire to always entertain. Murphy’s joyous performance is one of my favorite things about any of this year’s movies. 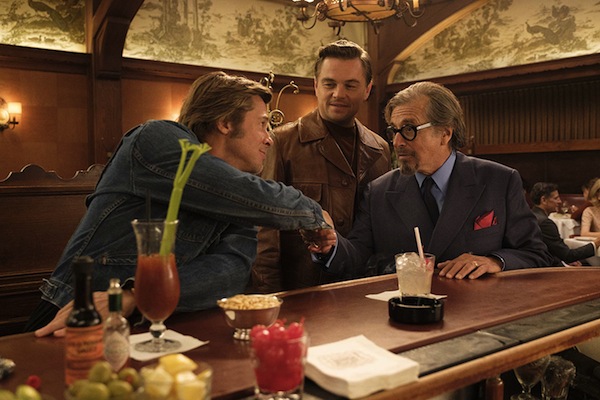 ONCE UPON A TIME… IN HOLLYWOOD

When I first heard that Quentin Tarantino was making a film centered around the Manson Family murders, I knew that his approach would be anything but traditional, so I was not worried about anything tasteless or disrespectful to the memories of the victims. ONCE UPON A TIME… IN HOLLYWOOD of course proved that Tarantino had more on his mind than simply recreating the horrific killings, but I don’t think anyone expected such a wistful, heartfelt hang-out movie. It’s also a deceptively powerful film as the audience gets so used to luxuriating in the exacting recreation of a late ’60s Los Angeles that may not have ever existed while enjoying the time spent with self-pitying, “has-been” TV star Rick Dalton (Leonardo DiCaprio) and his best friend/stuntman Cliff Booth (a never better Brad Pitt), that the fictional end point of the film is surprisingly cathartic in its wish fulfillment.

Honestly, this one does not quite hold up to repeat viewings, but that first time is a doozy. This is the sort of ridiculous, off-the-cuff yet classy-looking sleaze that I wish Brian De Palma was still making. Try to know as little as possible going in and it’s a pure blast. 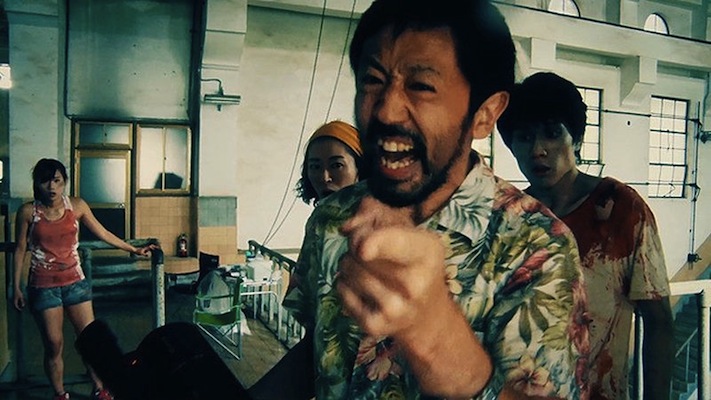 ONE CUT OF THE DEAD

Like THE PERFECTION, it is hard to talk about ONE CUT OF THE DEAD without giving away its main twist. But the similarities stop there. This zombie comedy from Japan is surprisingly sweet-natured, hilarious, and touching. Just understand that the awkward opening thirty minutes is all for a reason. That’s all I can say. You just have to trust me on this one. 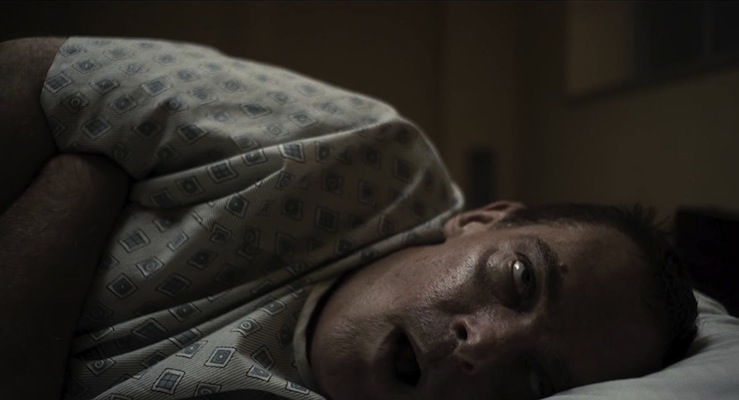 You know what movie is not sweet-natured, hilarious, and touching? THE DEAD CENTER. Folks, here is a brutal, despairing look at the toll that mental illnesses can take on those afflicted and those who care for them, it is also an unsettling look at the inevitability of our own mortality. The scariest, feel-bad horror movie of the year. That’s about as high of praise as I can give to anything. 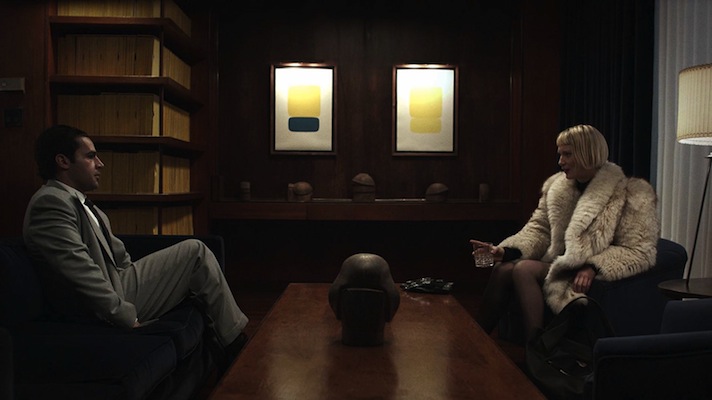 Writer/director Nicolas Pesce does a 180 from his mega-bleak debut feature THE EYES OF MY MOTHER (which was included on my favorites list for 2016) in this adaptation of the novel by Ryû Murakami. Playful, darkly funny, sexy, and a stylishly designed and shot psychodrama that gives plum roles to Christopher Abbott and Mia Wasikowska, PIERCING is honestly not much more than a film of surface pleasures, but sometimes that is all a movie needs to be. 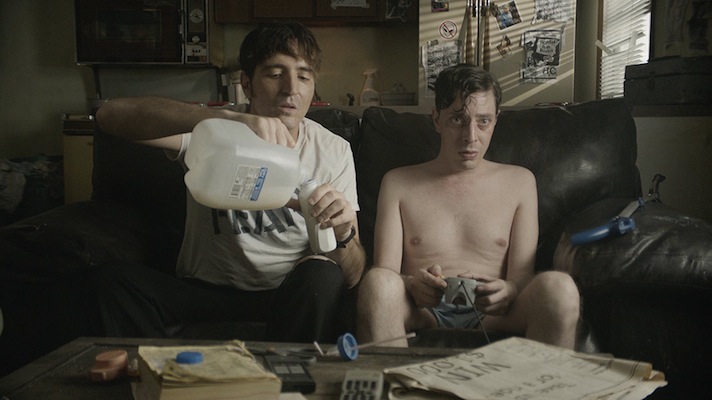 A very real example of the “love it or hate it” school of filmmaking, RELAXER finds the already minimalist style of writer/director Joel Potrykus taken to its logical extreme by literally staying the entire film in one room with Abbie (Joshua Burge), the damaged slacker protagonist at the film’s heart, as he refuses to leave his couch in order to meet his bullying older brother’s dare. It’s a fitting inciting moment for the plot since the actual movie feels like it’s the result of a dare. Alternately hilarious, disgusting, and crushingly sad, it’s a movie that refuses to adhere to one tone or genre, while building to a climax that is suitably weird, hilarious, and disturbing.

I TRAPPED THE DEVIL

THE MAN WHO KILLED HITLER AND THEN THE BIGFOOT